Because of the high mortality of surgical intervention, all sought a simple medical cure for urinary tract obstruction. 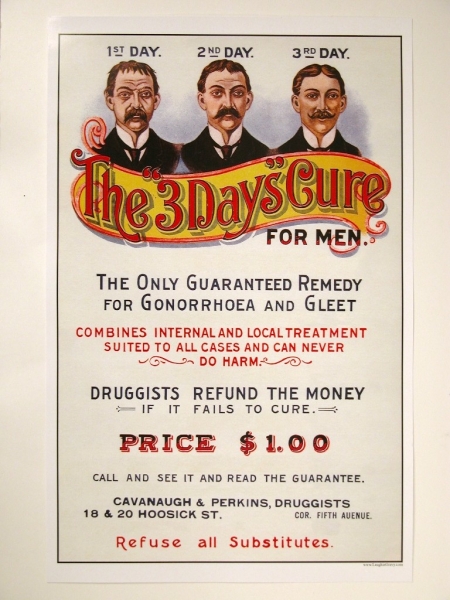 an easy and quick cure for gonorrhea
Syphilis and gonorrhea have been much more common causes of urinary blockage than kidney stones. A number medical treatments were available to an anxious and very demanding public.
,

hard rubber female and male catheters for the bladder instillation of medications
, 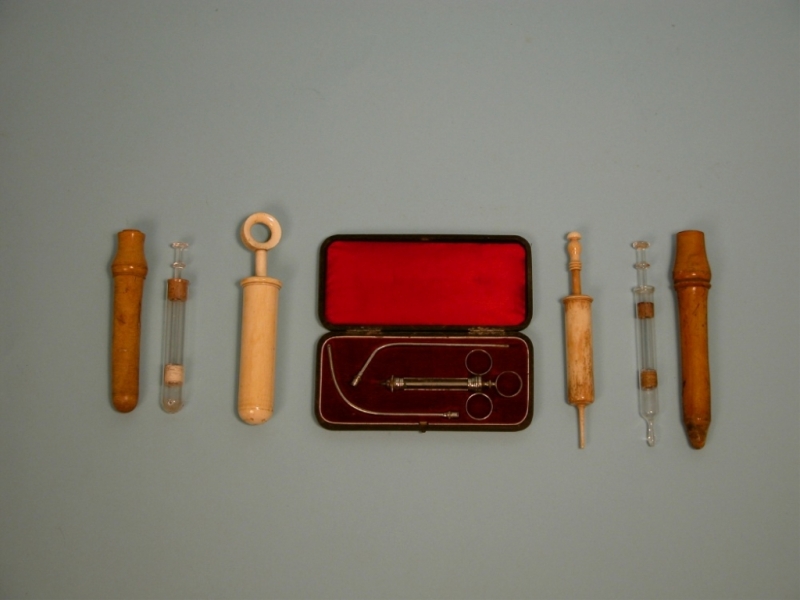 Sage's Urethral Powder Applier
This device was used for the intraurethral injection of any number of medications and powders which were tamped down much like powder and ball was in early muskets.
, 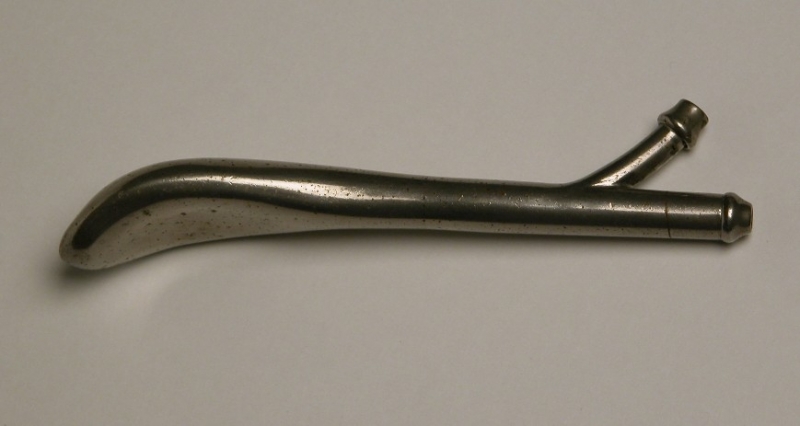 neurasthenia
This catheter was used for the threatment of "neurasthenia," which was an overall weakeness of all systems not attributable to any other condition. The prostate was irrigated with either hot or cold water, depending on the preference of the physician.
, 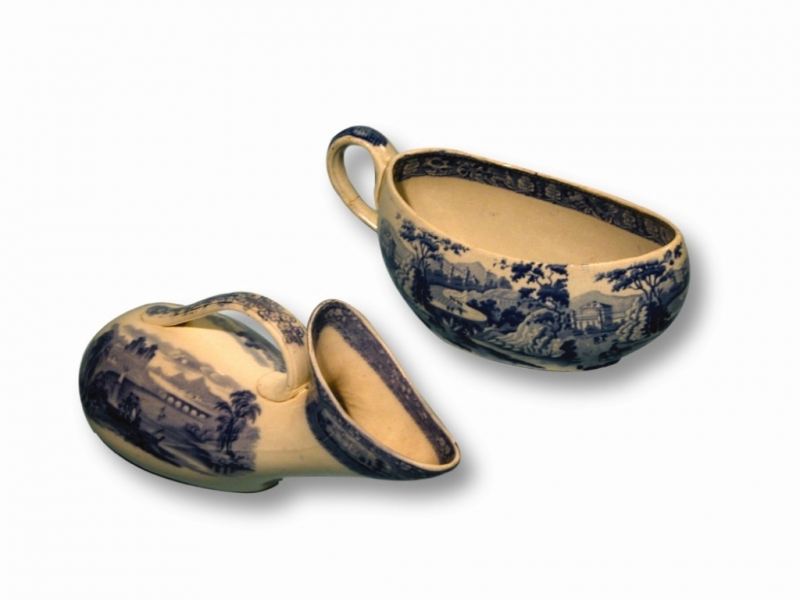 mid eighteenth-century urinals
One of the earliest urinals became popular in early French churches. A Jesuit priest named Louis Bordeloue (1632-1704) gave a most beautiful and lengthy sermon, so lengthy in fact that young ladies passed around a female urinal, now called a “bordeloue” in his honor, so that they might not miss his oratory. Some believe that this is the origin for the term "loo". (left): floral ceramic for males, (right): Bordeloue for females
Stones and Obstruction EENT