Head trauma resulting in the development of a subdural hematoma, or a blood clot around the brain, was not an uncommon medical problem faced by physicians after large confrontations. These clots needed to be removed and made trepanning (the excision of a section of skull) a fairly common practice throughout early medical history. This was also the first documented operation performed in prehistoric times as early “healers” hoped to allow the departure of evil spirits whose presence was suggested by such symptoms as seizures, headaches, depression, or any bizarre behavior. 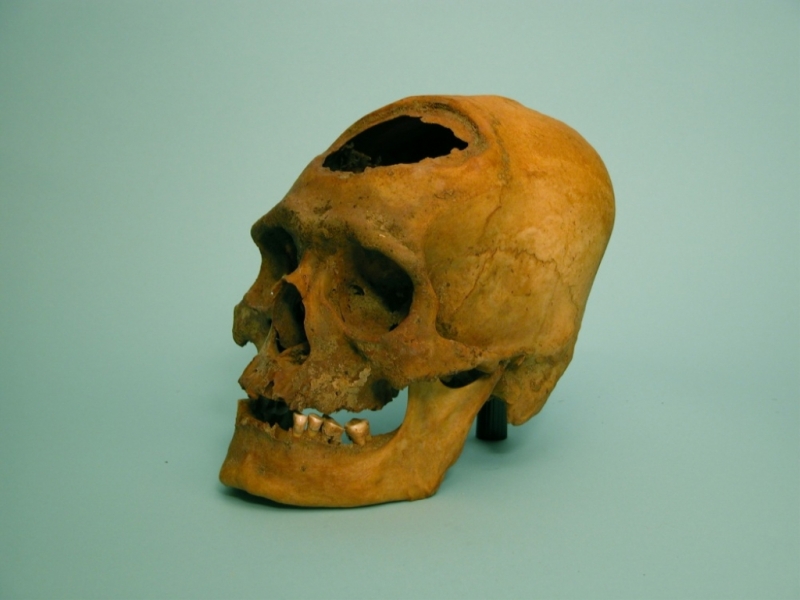 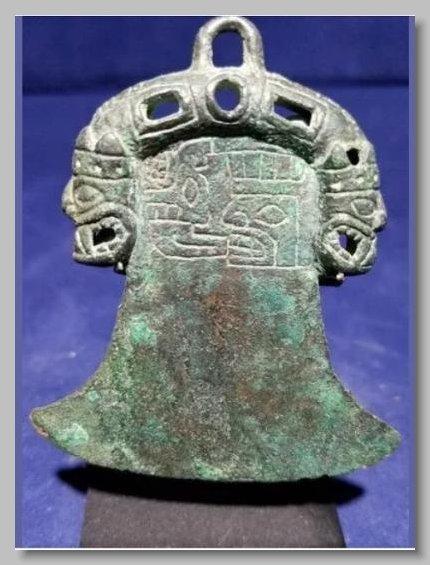 Tumi Knife
This is a bronze tumi knife from the Huari (central) region of Peru (700-1000) which is the area of the Inca empire noted for the use of trepanning. A tumi knife was used in surgical procedures as well as during ceremonial occasions to remove "evil spirits." This example is actually a rattle with three small beads located in the tube between the two dragon heads. One could imagine that the carving on the blade represents evil spirits being removed through the mouth of an Inca chief.
, 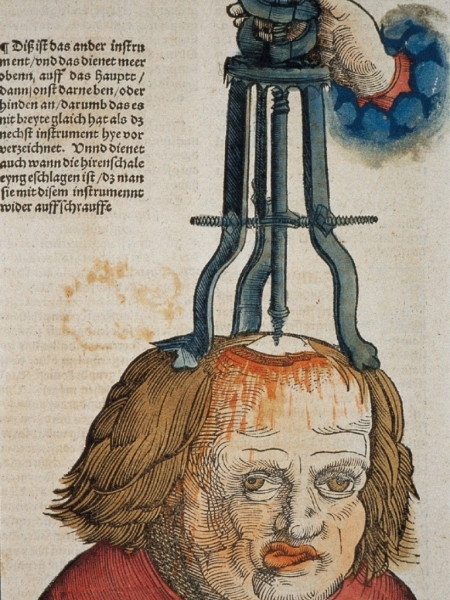 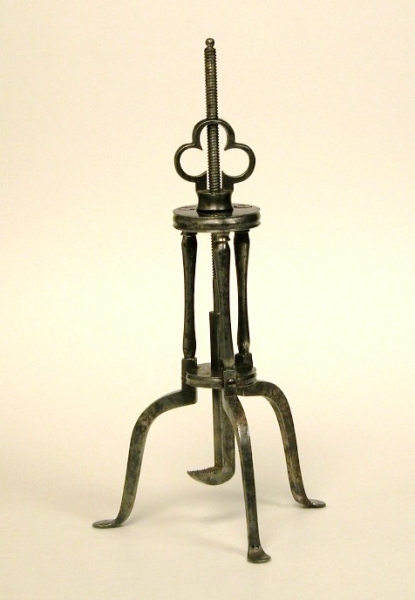 Paré triploides (ca. 1700)
This rare instrument was used to lift the plate of the skull during trepanning.
, 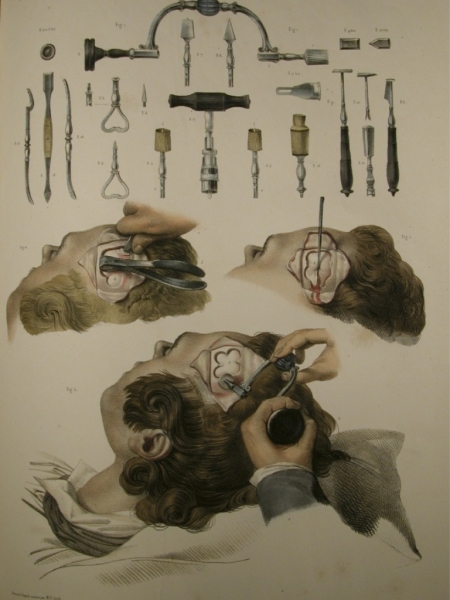 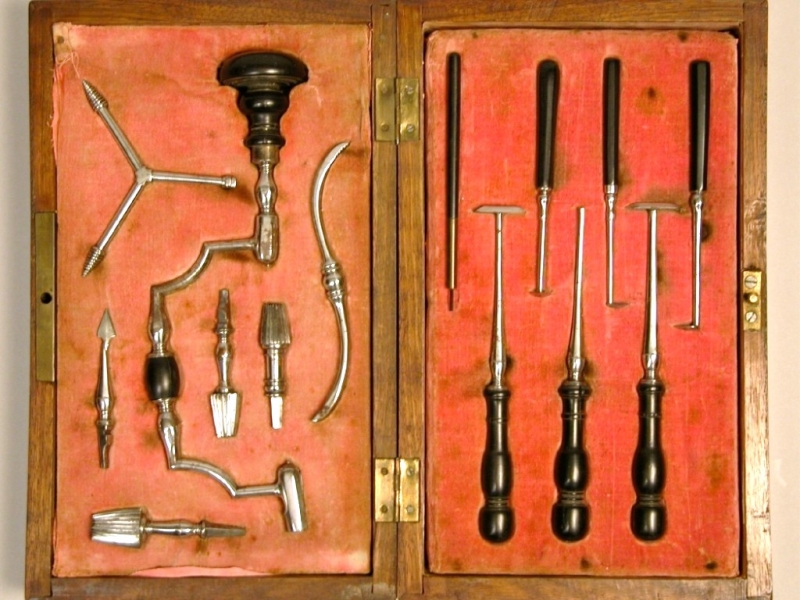 trepanning set with trephine brace and Galt’s trephine, raspatories, lenticulars, and elevator (ca. 1760)
This set is seen on the cover of the landmark text on medical antique collecting, Antique Medical Instruments by Elisabeth Bennion
, 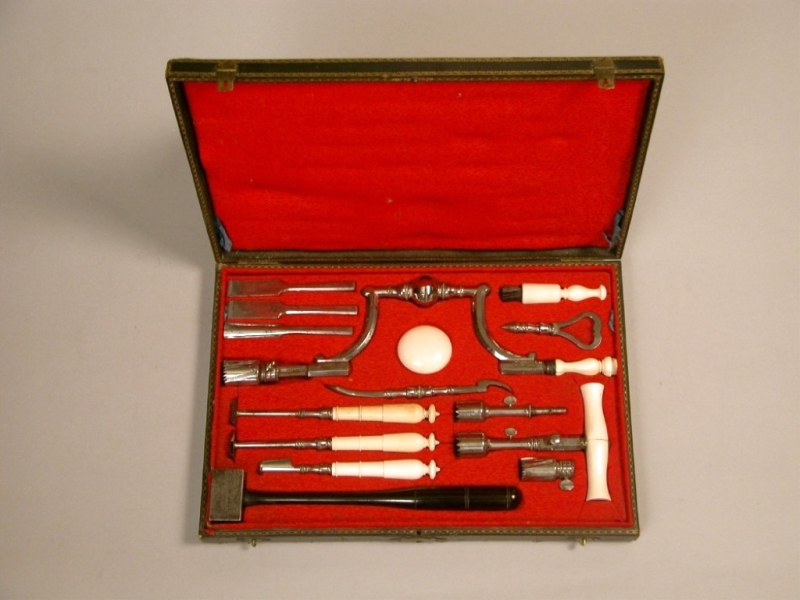 Trepanning set (ca. 1780) by Grangeret
This fine surgical set was manufactured by one of the preeminent medical instrument manufacturers of the eighteenth century.
, 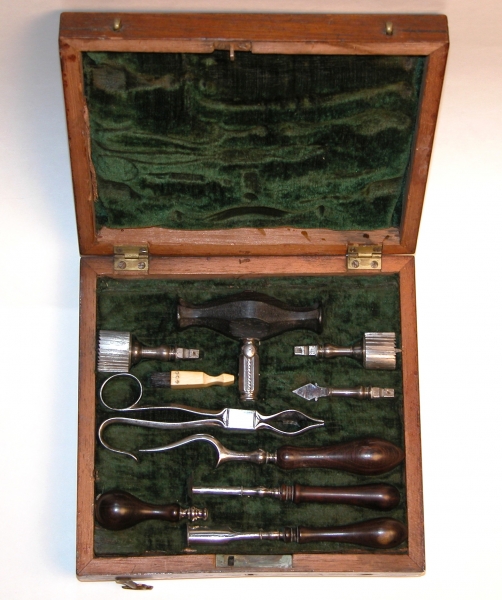 Launey trephine
This is a small but complete eighteenth century trephine set.
, 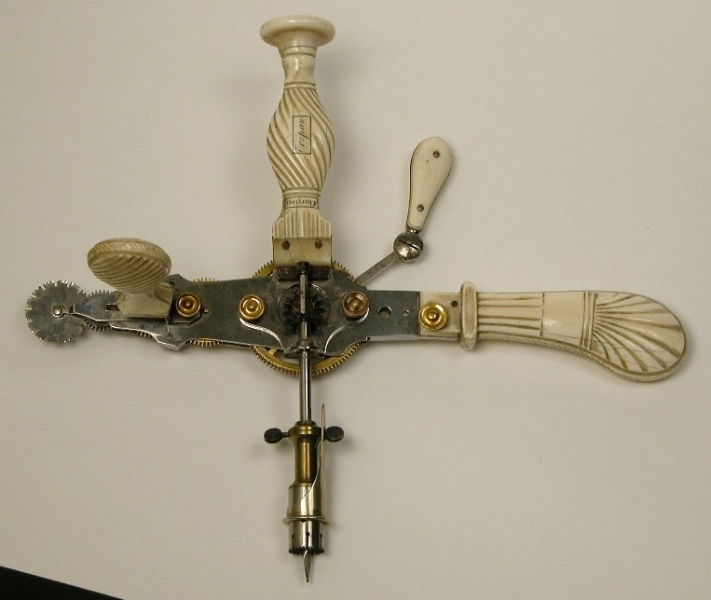